The Newest Additions to the Ever Growing Bistro Group

I am sure that even if you are not familiar with the Bistro Group is, chances are, you have already dined in one of their fabulous restaurant sometime in your life. And whether you are a regular or a new to the gang, you are definitely in for a treat this 2013. This year, The Bistro Group is Introducing a New Corporate Chef, Introducing 4 of its newest restaurants, and offering a new and improved Bistro Card.

For the record: My Favorite Bistro Restaurant is Bulgogi Brothers. I just can’t have enough of those heart shapes and uber delicious beef!! I could eat them everyday…that is, if I can afford it.. I think it is around P1,000 per order.. 🙂 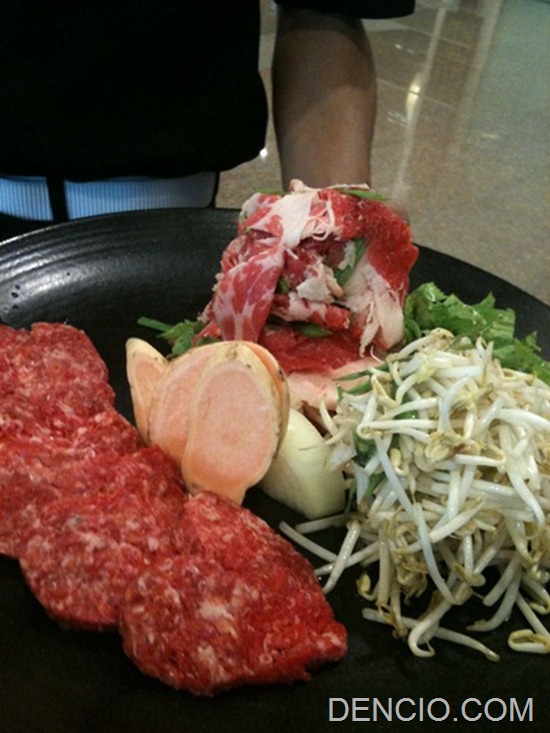 The New Guy in the Group 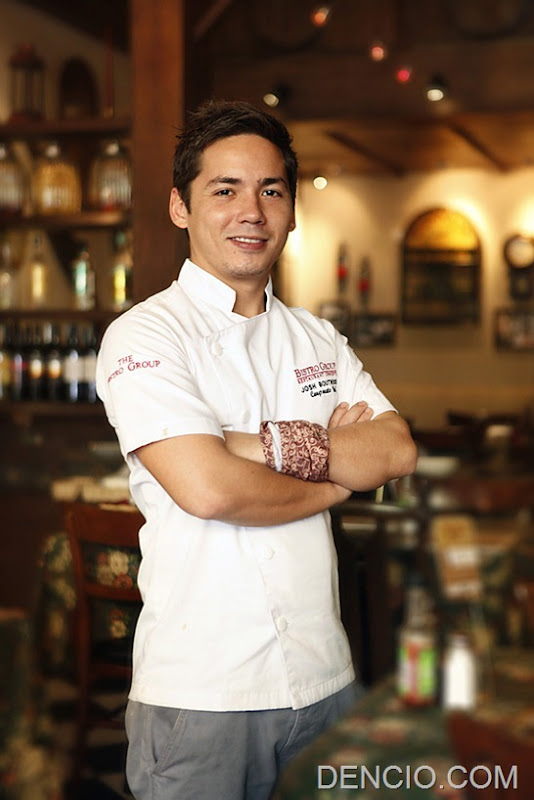 “Chef Josh Boutwood is the Bistro Group’s new corporate chef, having been appointed in the position in late 2012 after serving as a consultant. The Filipino-British Chef studied at the Escuela de Culinario Mojacar in Spain, and apprenticed under French Raymond Blanc at Le Manoir aux Quat’ Saisons in England. He has worked in various restaurants in Spain, Denmark, and Sweden, most notably at Noma, touted as one of the best restaurants in the world by San Pellegrinos’ 50 Best. Upon his return to the Philippines, he set up his own restaurant in Boracay before joining The Bistro Group. He also won several awayds at the 3rd Philippine Culinary Cup. Chef Boutwood is behind such signature dishes at the Bistro Group of restaurants such as Black Pizza, Sesame Teriyaki Chicken Wings, and Fully Loaded Sweet Potato Skins at Village Tavern, and the a la carte Katsu Menu at Ma Maison.” 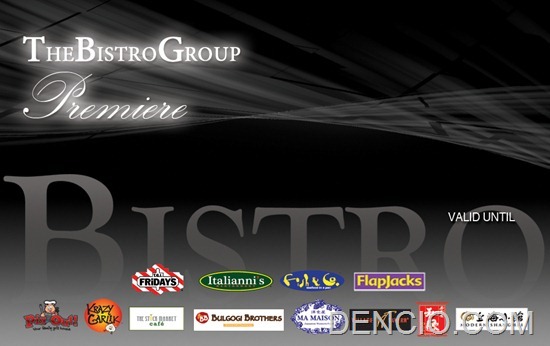 The Bistro Group Premiere Card is a privilege card offering the following benefits at all Bistro Group restaurants:

The old bistro card is history! If you love dining at Bistro Restaurants, you better get the new Bistro Premier Card! The card costs P2,500 and is valid for one year but if you look at the benefits and the perks! This is worth every penny!

The New Members of the Family

The current members of the Bistro Group are:

And here are the Latest Addition to their ever growing Family:

Ma Maison (Branch: Greenbelt) – An international franchise which was opened in 2011 at Greenbelt 2. Offering Japanese Western food, Ma Maison means “my home” in French. It is also famous for its homemade “brown sauce,” which is stewed carefully for 28 days following a traditional recipe that adds a rich taste to meat dishes.

Village Tavern (Branch: Bonifacio High Street Central) – Opened last 2012, it is the 11th branch and the 1st outside of the US. It quickly made a name for itself with hearty portions of great-tasting comfort food made from premium ingredients and the best customer service. Known for its flatbreads, salads, crab cakes, and its Cowboy Burger, Village Tavern brings people together in a rustic but elegant tavern setting. Watami (Branches: Glorietta and Mall of Asia) – In November 2012, The Bistro Group opened Watami Japanese Casual Restaurant in SM Mall of Asia, followed by another branch in Glorietta. The Watami Group is the top food and beverage brand in Japan, with over 700 branches in Asia Pacific. With original dishes and signature beverages, Watami Group’s slogan is “to receive the most number of thank-you(s) in the world.”

Modern Shanghai (Branch: Mall of Asia) –  Most recently, The Bistro Group brought in Modern Shanghai, which opens its first branch in January. Stemming from Shanghai’s most original home cooked recipes, Modern Shanghai offers the authenticity of local Shanghai cuisine in a casual and home-like manner, reviving simple but hearty meals that connect customers with traditions and memories.

With that kind of portfolio, I am sure there is something for everybody! Whether you like Italian, Japanese, Chinese or even just a drink or two, the Bistro Group has the perfect restaurant for you. And to give you more reason to try these restaurants, The Bistro Group is offering an exclusive deal for Citibank cardholders. From February 4-7, cardholders will receive 50% off food and beverage orders worth at least P2,500, with a discount up to P5,000. That’s a steal!