The Green+Orange Planes are gone and they are all turning RED!

You may have noticed some changes in the local airline scene recently. AirAsia Philippines, formerly flying from Clark Airport are now flying from NAIA Terminal 4 (Old Domestic Terminal) and Zest Air Planes are now being converted into Red AirAsia Planes. Not to mention the redirection on their website. That is because AirAsia Philippines and Zest Air have joined forces to create a new formidable force in the Philippine Airline Industry – AirAsia Zest now in Manila!. Banking on each other’s strengths, Zest Air’s local experience and AirAsia’s regional connections, AirAsia Zest Plans on stepping up the competition and further lowering down the costs of flight for the Philippine Tourism Industry. I believe this new partnership will definitely drive growth in the Philippine Tourism Targets and provide new destinations to travel hungry travelers and under-serviced flight destinations.

AirAsia Zest is off to a great start by offering a first in the Philippine Airline Industry – Flights to Miri Malaysia. The Inaugural flight from NAIA 4 to Miri Malaysia will take place on December 7, 2013 and will be joined by Tony Fernandes himself and his new chief of staff (the Apprentice) Jonathan Yabut. 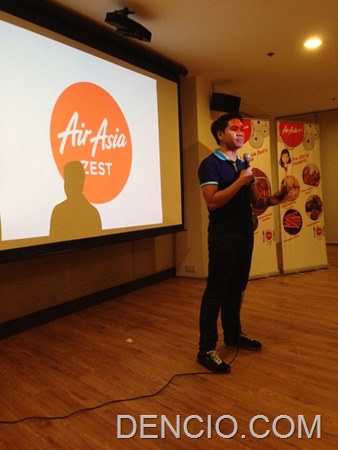 Honestly, I have never heard of Miri Malaysia until recently. Miri is located near Brunei in Sarawak Malaysia. It is an Eco-Destination much like Kota Kinabalu and Miri is it is just a 2.5 hours flight from Manila.

AirAsia Zest is currently the only Airline in the Philippines that offers flights to Miri Malaysia. But the good news is, they are not stopping there. AirAsia Zest Plans to offer new and exciting flights every 2-3 months so you better be ready for more affordable destinations soon! Someone was even hinting that the next offering will be a Manila-Japan Flight! Exciting Right?! Manila-Japan under 10K! #NotImpossible

As part of the expansion, AirAsia Zest will also be beefing up their Manila and Cebu Hubs. As of the time of writing here’s the list of AirAsia Zest Flights/Destinations.

Apart from the new look and destinations. AirAsia Zest will be offering new in-flight meals in all their flights. You just need to pre-book them, pay a super low price and voila! You get to eat a great meal on your flight without spending a lot of money! Just like flying a full service airline! 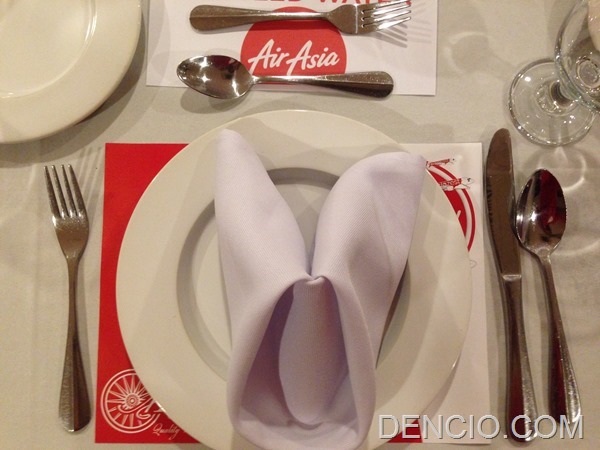 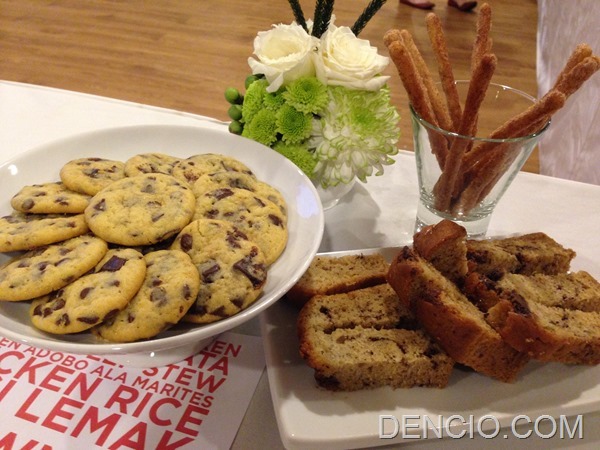 The Chocolate Chip Cookies were super good! You must try it! It has a really unique freshly-baked taste to it and it was not too sweet despite the number of chocolate chip in it. It is neatly packed in a box of 5 and only sold at P80! For me, it is a great pasalubong! Something you cannot buy in the malls. 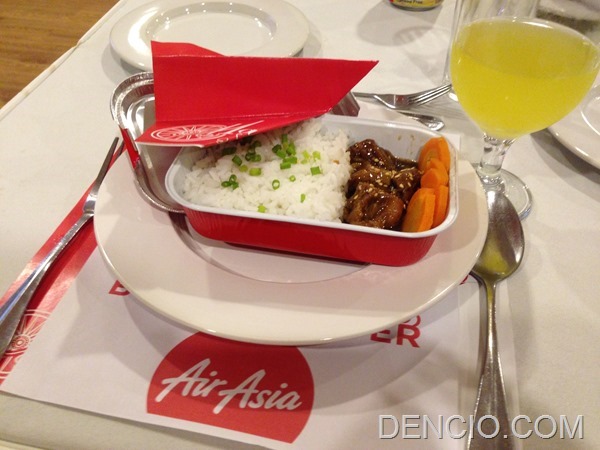 Junior Cho’s Korean Beef Stew: The beef was really tender and flavorful and the flavors were as authentic as it can be. My only issue with this is there were just around 4-5 small slices of beef. It was not really enough for the amount of rice. But flavor wise, you will love it! 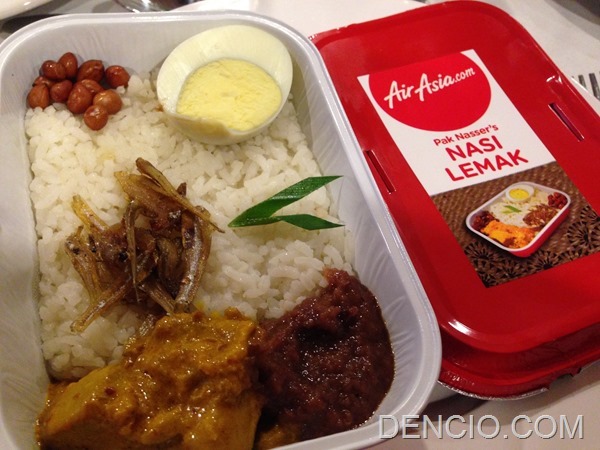 Pak Nasser’s Nasi Lemak: AirAsia Zest did not leave any details behind. Usually, Airlines try to make the dishes as simple as possible for logistical efficiency and less risk of contamination but AirAsia Zest went all out on this one! Not only that it tastes really good but the combination of the chicken, shrimp paste and egg really completes this traditional Malaysian Favorite. 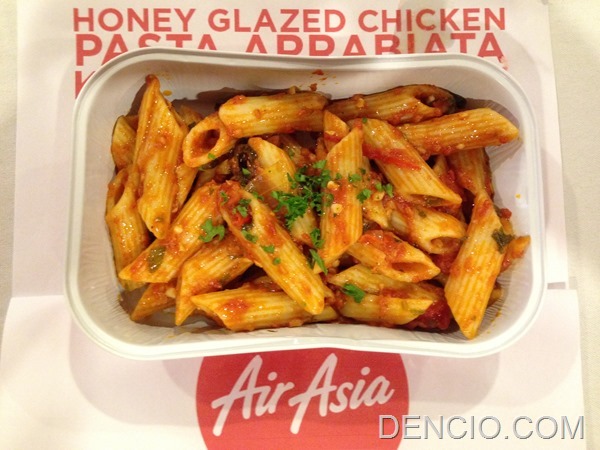 Maan’s Pasta Arrabiata: A treat for the vegetarian and/or pasta lover. Yes, a low cost airline can serve good and al-dente pasta on board! Warning: This one is hot! don’t forget to order some drinks. 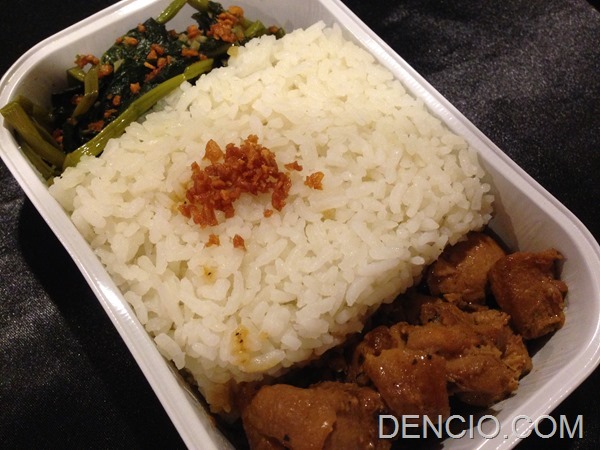 Chicken Adobo ala Mariles: A Filipino Airline’s menu wont be complete without any adobo related dish. Just like the Nasi Lemak… they went all out on this one! Not only that they serve this authentic adobo (yes, I tasted the garlic, vinegar and soy sauce in each bite) they also served adobong kangkong on the side! 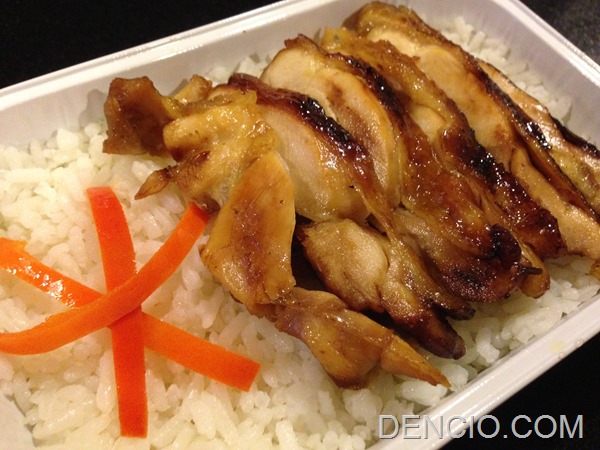 Uncle Chin’s Chicken Rice: I know, it does not look like one. But don’t be fooled. they incorporated all the flavors of your favorite chicken rice in the chicken. I guess serving a steam chicken with all 3 sauces is a bit too much already. 🙂 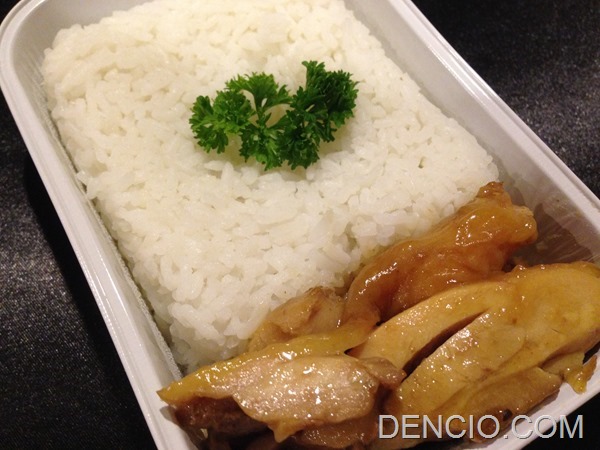 Honey Glazed Chicken: This is AirAsia Zest’s Holiday offering and my favorite! This chicken dish is so simple yet it really appeals to my palate. I guess because of it sweet salty tastes which coats the chicken breast to give it a truly Pinoy flavor to it. I am not sure if tis will be a limited item but I guess if people requested for it then it may become a mainstay on the AirAsia Cafe Inflight Menu.

They were really good! One of the best bunch of In-Flight meals that I have tried so far. Of course they are still small for me but at least I have an option to buy 2 or 3 of them and not ask the flight attendant for a favor if I get super hungry in a flight.

From Main Courses, to Desserts they were all really good! Because of this I may have to pre-booked a meal or two for my Manila-Incheon Flights this March.

Here’s more information on all AirAsia Zest’s Cafe Inflight Menu including the price. Which by the way is cheaper if you book it ahead of time via airasia.com.