I recently attended the press release session of ISSAAS (International Society for Southeast Asian Agricultural Sciences) during the start of their 2013 Congress here in Manila. I am a big fan of Agri-Tourism so I thought I’d listen in and get their thoughts on some burning issues related to Agriculture and Tourism as well. 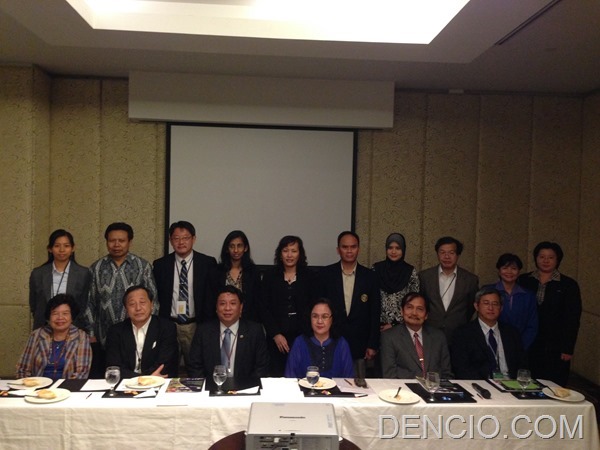 One of the main issues of the Agriculture Industry is Global Warming so to mitigate this, they are trying harder to keep up with the changes in the environment. They use more water for irrigation and on the other side, they use more storm resilient crops to survive sudden storms and typhoons. Agriculture was not as it used to be but we must keep up and stay resilient to keep the food basket full.

The new generation of adults are leaving the farm and very few are taking Agricultural related courses in place of more popular and in-demand city courses. This problem is the same across all countries. Young people are moving out of their Family Farms to move to the city, leaving the farm to be ran by their old folks with no clear future on succession. To mitigate this, countries are offering free Agricultural Courses to individuals who want to pursue a career in Agriculture. Even in the Philippines, UPLB offers subsidies to some agriculture related courses. In Japan, they included “Farm Visits” to the Educational Field Trip Itinerary to familiarize the students about the farm activities – in the hopes that they will like it and get a career in Agriculture.

A surprisingly sensitive topic between the members of ISSAAS. Some are ok with it some were not so much. But among all the answers given, what struck me was – it really exists. GMO is being used for the food security of the world BUT unfortunately, there are no extensive research or studies on the long term effects of these GMO Products on humans and the environment. Everything is still in the Gray Area.

Plantation based farming is basically utilizing a huge amount of land dedicated in the production of a certain produce. For example: Banana Plantations, Coconut Plantations and now the ever Growing Palm Plantation for the production of Palm Oil. The challenge here is, huge amounts of lands are being used as plantation lands since it is easier to maintain focus on a certain product than to allow other produce to be planted and harvested. More and more chunks of land are being converted into Palm Plantation and less and less lands are being used for other crops.

Organic Stuff are becoming more and more popular nowadays and people are paying the premium. The problem is, particularly here in the Philippines, there are only few private organization which offers organic certifications and no government official seal on organic products. That is why even though products are marketed as organic, the public is not really assured of the authenticity of the seal and at the same time, the public is not even aware that there should be a seal of authenticity. Currently, the organic farming relies on trust.

Agri-Tourism is becoming bigger and bigger nowadays. In Japan, they have farm tours where you can actually take part of the actual farming process – Hands On! In the Philippines, there are bee farm plantations, strawberry picking in Baguio and other family or privately owned farm restaurants and resorts which cater to tourists. The challenge for the organization is to raise awareness about Agri-Tourism, make it more mainstream and to get more support from the government.

Member Countries of the ISSAAS meet every year to present new technologies and to impart the best practices in the Agricultural Industry. Last 2012 and this year 2013, ISSAAS Congress were held here in the Philippines. The 2014 ISSAAS Congress will be held in Japan. To know more about ISSAAS, visit their website at ISSAAS.ORG.