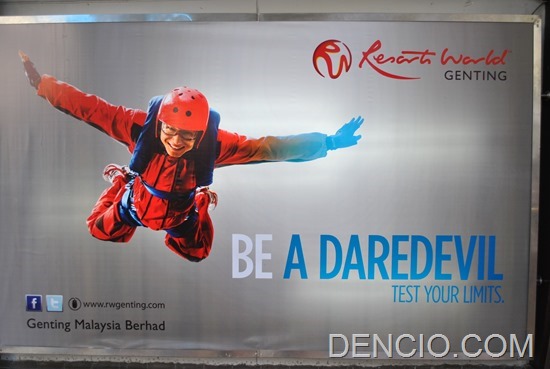 This was the main reason why I visited Kuala Lumpur Malaysia late last year. I was watching TV and I saw this indoor skydiving simulation thingy and I got super excited. Just like bungee Jumping,  I would probably never get the chance to do the real stuff (or I don’t have the guts to do it) so I said I should at least try the next best thing – the Indoor Skydiving.

Sky Venture is located inside the Genting Theme Park. I walked in and got my name listed since there was a queue of people ahead of me. I went back after an hour or so and I was instructed to go inside and to change and listen to the introduction. I was not able to take photos because I left all my stuff with my friends outside. I changed into my jumpsuit, wore a helmet, knee pads and elbow pads then we headed to a room for for the introduction and dive instructions.

After a few minutes of instructions, they gave us disposable earplugs before we were escorted to the wind tunnel. It was crazy noisy inside the tunnel! I believe the wind speed inside was around193KPH! Insanely fast! I can’t wait for my mouth and lips to open wide and be torn apart. Each of of us gets to go twice. The first one was, well, your first time and it was a bit expected that you’ll get the hang of it and do better on the second try. So, before each of us get in to the tunnel, our instructors did a quick demo – which made it look so easy! It was NOT!! By the way, you won’t be going alone, the instructor will be there to guide you through.

Now, here’s me on my first try. I know I look stupid! Shameless! All in the name of blogging! 🙂

There’s a specific position for you to be able to glide smoothly on the air. Obviously, I am not that proficient. It sounds easy on paper but it was much, much harder in real life – it was for me at least. There’s a screen mesh floor so that you wont fall to the propeller and be shredded into pieces. The air was really strong, I could not see myself but I can feel my mouth was wide open and my lips were doing those flappy thingy. Evidently, my round 1 was an utter failure (but I still did get a thumbs up from my instructor) he was probably hoping for a better round two… Uhhm, that did not happen. 🙂

Round 2 was slightly better (I think) except for that sudden body smash on the mesh and the required close up shot for further humiliation. But despite all that, it was SO MUCH FUN!! AWESOME! I would do it again and again if I could. There was definitely a rush of adrenaline and even though I was only inside the tunnel for a minute at a time, but it feels so much longer! It was a bit humiliating, yes because people can watch you from the outside.

Aside from the fact the it was fun, it was surprisingly cheap as well, Genting Sky Venture – Indoor Skydiving Rates was just MYR50 (~Php700) and an additional MYR15 (~Php210) for a CD copy of your flight. That’s a steal! That already includes the use of the Jumpsuit, Safety Equipment, the Instructions and Certificate. Yes, After your Adventure, you will be issued a Flight Certificate! 🙂 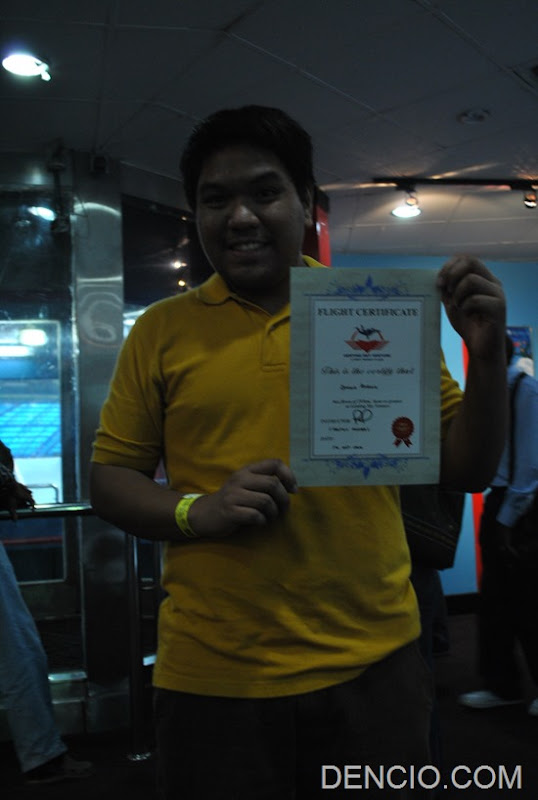 I hope that they bring this to the Philippines Soon. Currently there’s one in Malaysia and there’s also a similar one in Singapore Called i-Fly but it is much much more expensive. If I am not mistaken it is 3 times as much as KL.

I suggest that you Include this in your Malaysia/KL Itinerary! It is really one hell of an experience! Genting Highlands is around an hour away from the KL City Center.