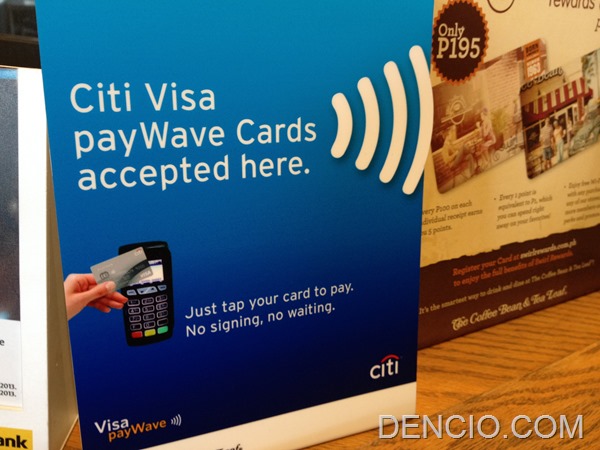 I just love cashless and electronic payments, it is so safe, convenient and cool. I have been experiencing this tap and pay technology for a while now particularly in the developed countries and I must say, it was love at first tap. I can still remember the first time I experienced this tap and pay technology, I was in Singapore using their EZ-Link Card. It was super convenient since your can use it practically everywhere. From then on, I was hoping and wishing that someday we get to experience the same technology and convenience in our country. And now, the time has come! It is finally happening in the Philippines – although still not widely available – but I really do think we are off to a promising start.

Citibank Philippines now offers the Visa payWave to its cardholders! A first in the Philippines! 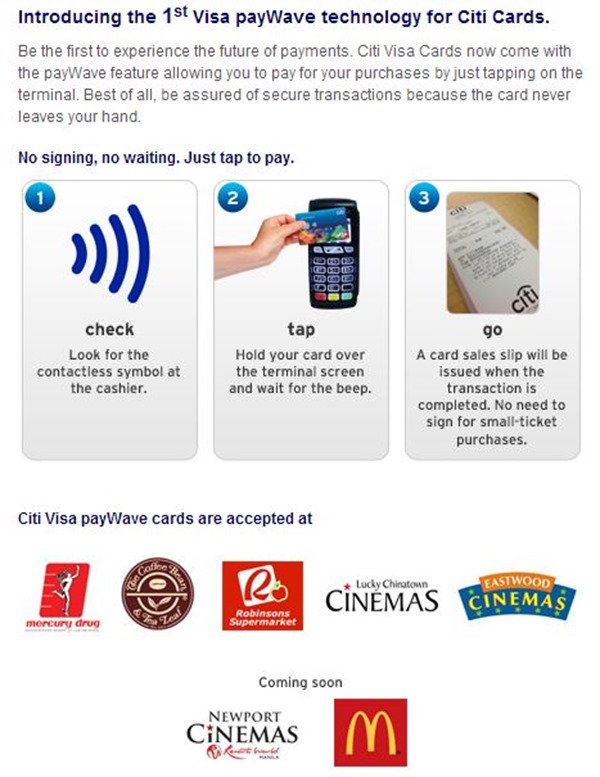 (List of Citibank Merchants that accepts payWave as of October 2013)

If I remember correctly, a few years back, MasterCard also introduced their tap and go technology called PayPass via BDO but for some reason, it did not materialize. Probably because the market was not yet ready or there was a limited merchant and client acceptance. But now, I am certain that this technology will be the next big thing in the next few months and years! Thanks to Citibank for offering the first batch of payWave enabled cards in the country and partnering with local merchants to make the card more usable. I won’t elaborate on the technical details but if you are a current Citibank Visa Cardholder or want to apply for one with payWave, you may visit Citibank’s Website. 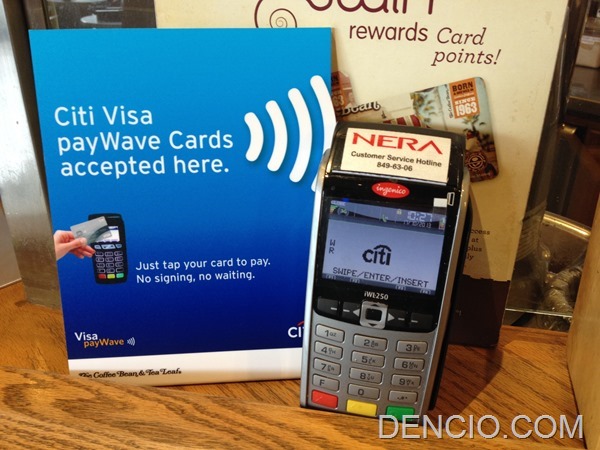 Excited to try, I immediately called-up Citibank as soon as I get the notification via email that they are now offering Visa’s tap and go technology payWave in Manila. Luckily, my Premier Miles Card was qualified for a free upgrade. After a few days, voila! I got my Citibank Visa with payWave. You will know that your card has payWave if you see the rotated wifi logo next to the security chip. 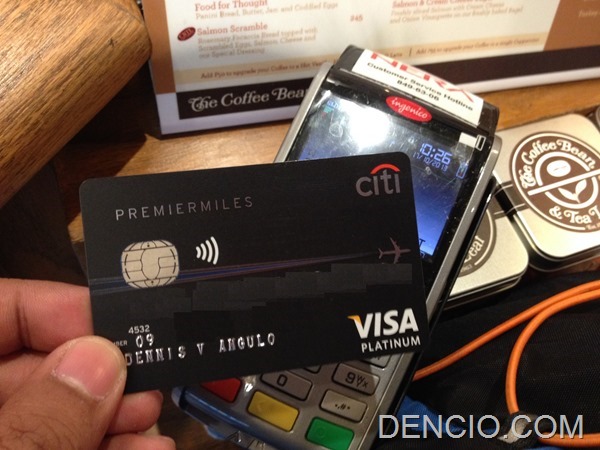 A few days after, I was walking along Ayala Avenue on my way to the office and I saw a Coffee Bean and Tea Leaf branch with a payWave poster on their window. This is it! Time to grab my latte and put this payWave to the test. It was thrilling experience I must say… for both me and the cashier. Apparently, it was also her first time… 🙂 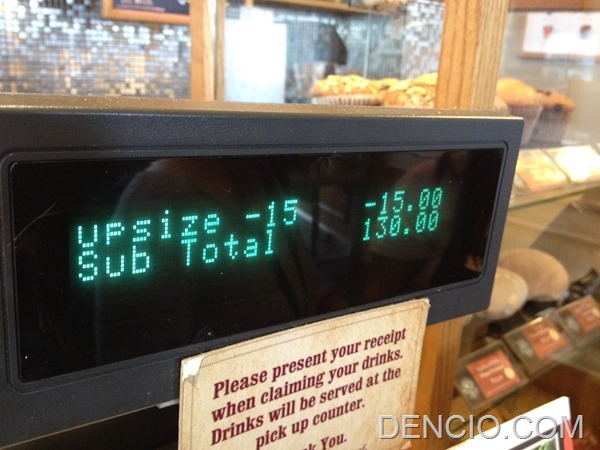 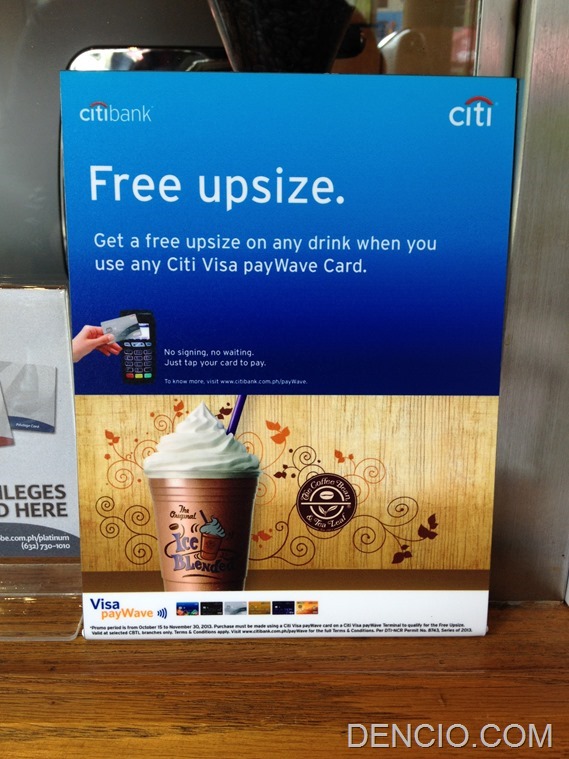 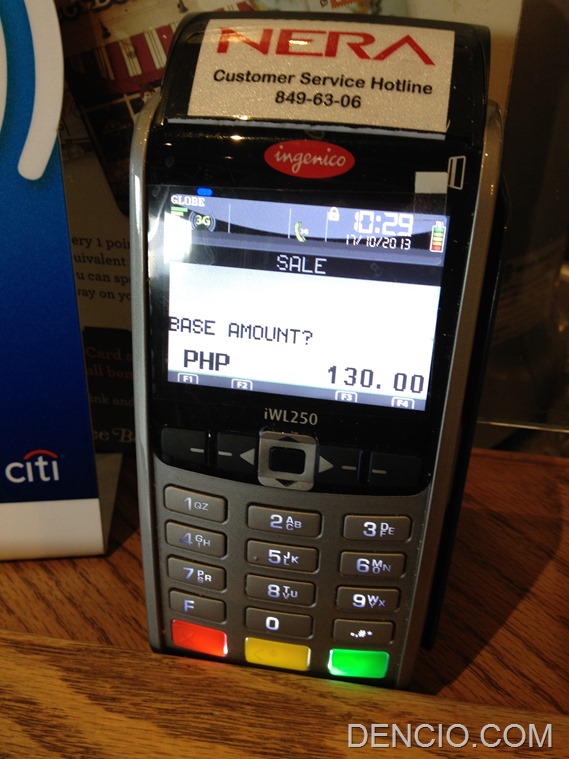 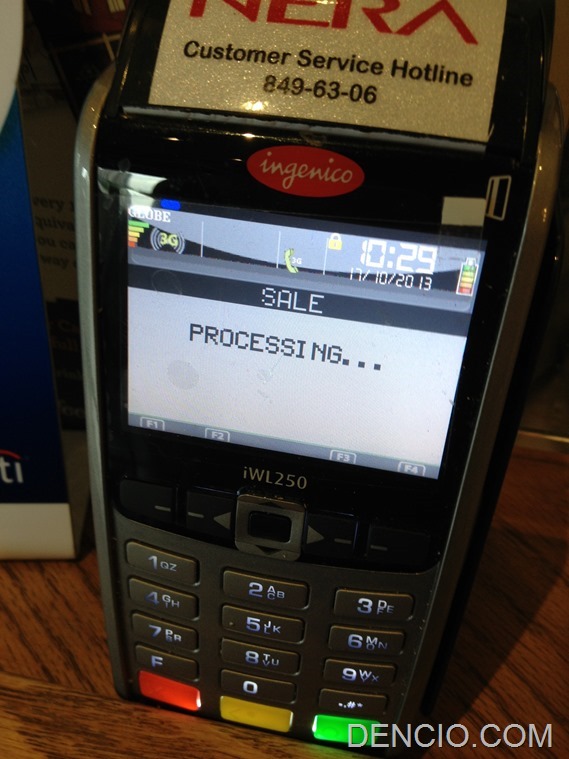 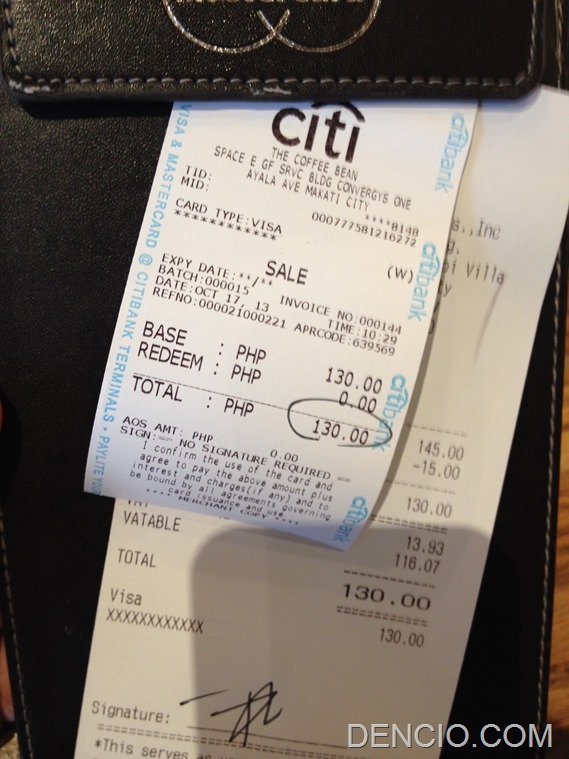 I guess they are still in the process of fully integrating the payWave system into their register and payment system. But nevertheless, it was so much fun, so cool and a true #FeelingFirstWorld Moment! Tried it in 2 CBTL branches and the process were all the same. Hopefully the process will improve in soon.

As of the time of writing here’s the list of Citibank Merchants with PayWave in the Philippines:

Also, As of October 2013 here’s the List of Coffee Bean Branches which accepts Citi PayWave:

Cool right? Looks like I will be skipping Starbucks for a while for CBTL, aside from the Coolness Factor, I could use a free upgrade as well. Also, can’t wait for McDonalds!! I hope other banks also offers this technology soon. But for some banks, it may actually take a while since they don’t even have the security chip technology yet. What more the payWave right? Well, think positive! At least Citibank is being aggressive about it. I’m sure other banks will follow soon. So if you want to experience the future in contactless payment now, Call Citibank and get your payWave Visa Card now! 🙂 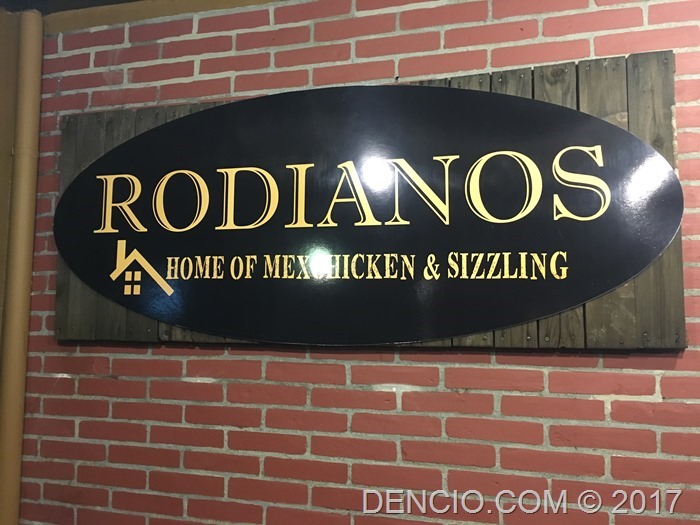 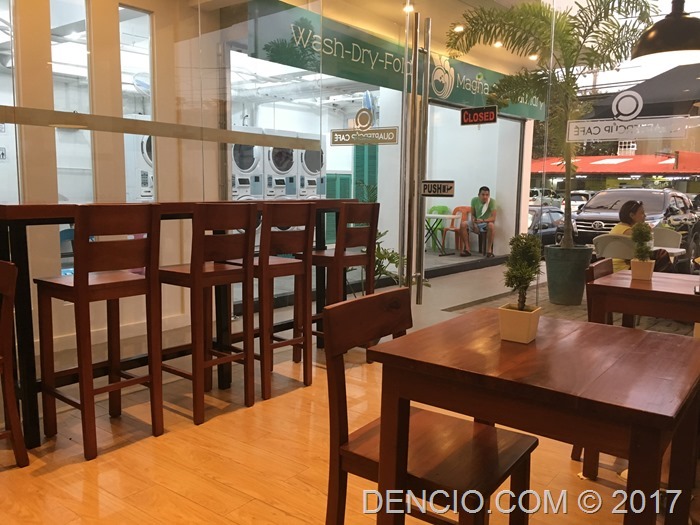 Create your own Epic Experiences with Visa 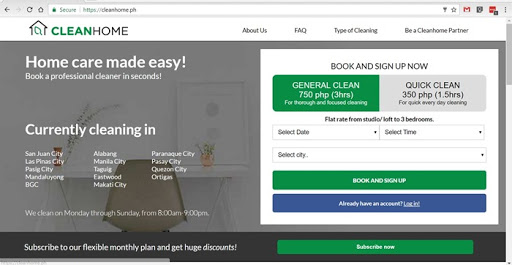